The UK Government strategy is for 100% electric vehicles by 2050, along with 100% new homes being electric only. 2019 is on track to be the first year when zero carbon electricity reaches more than 50% of total UK consumption. UPC looks at the new generating infrastructure needed to achieve the 2050 zero carbon goal. 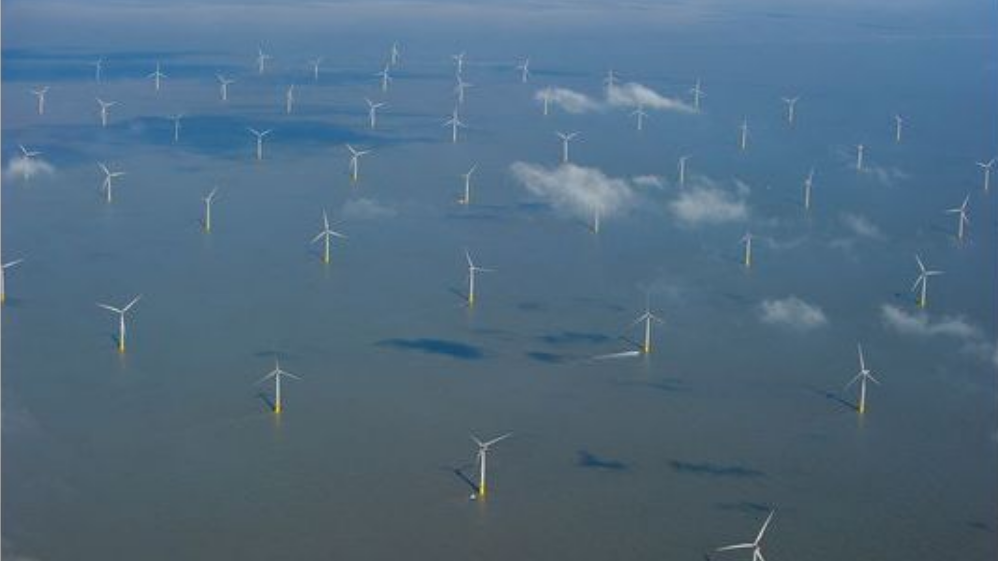 According to the Government 2018 graph below there has been a 14% decline in electricity consumption in the UK since 2008, but a significant increase in renewables used to generate electricity. In 2018, renewables (wind, solar, hydro and bioenergy) and nuclear have been nearly equal to fossil fuel generation (oil, gas and coal). 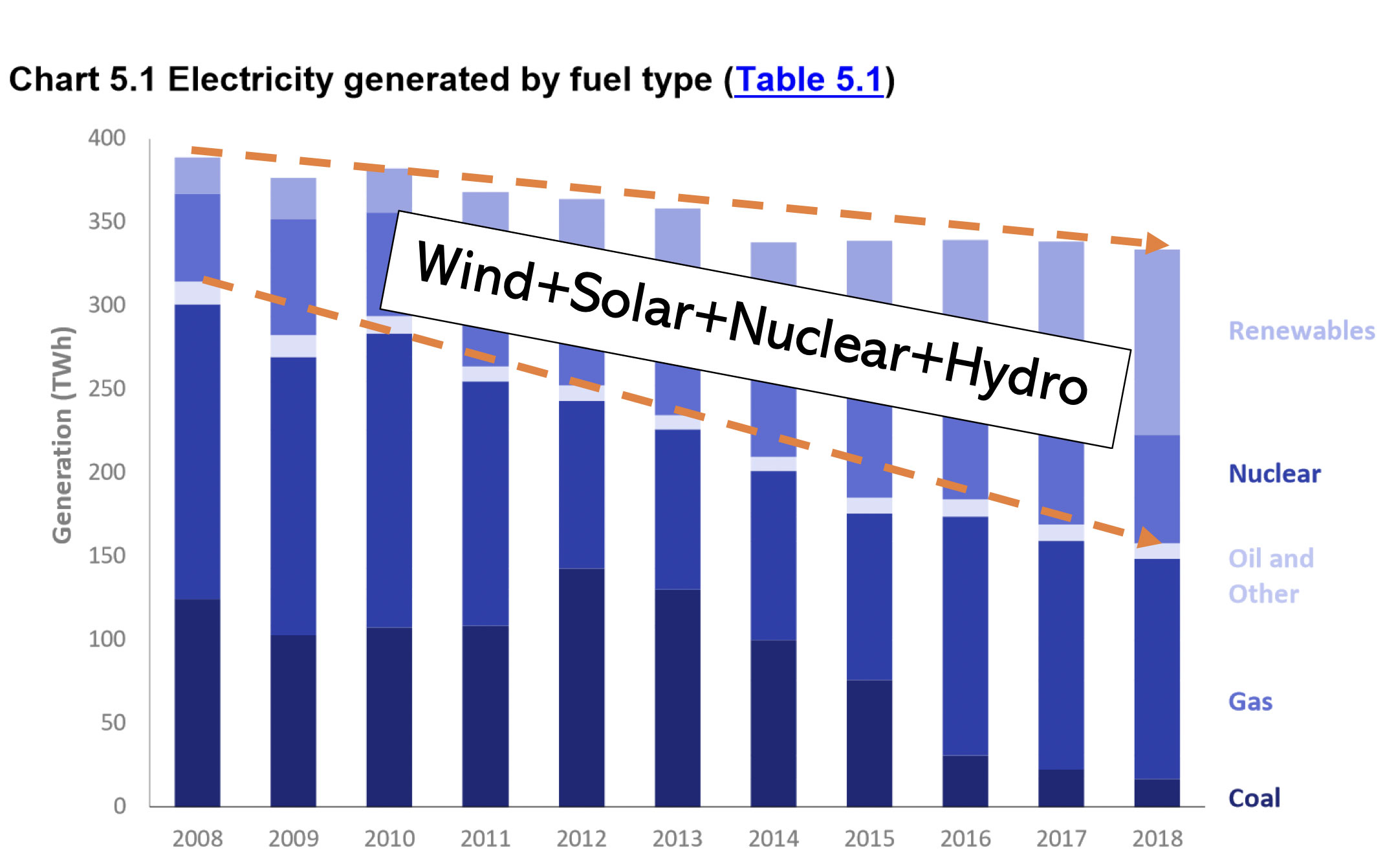 The June’19 National Grid press release claims that in 2019 (unless we have a harsh cold winter) more of our electricity will come from zero carbon sources than fossil fuels for the first time. This opinion is supported by the trends in the data table below from 2018 Government data and UPC analysis.

* Bioenergy is not zero carbon as it involves burning carbon based gases and materials.
* Nuclear energy is zero carbon, however the technology is viewed environmentally. Data sourced from 6.4 Dukes report UK Government.

So what new infrastructure is needed for UK zero carbon 2050 to be possible?

In 2018 there were 38 million private vehicles registered in the UK, an insignificant number were full electric vehicles or plug-in hybrids. If by 2050 85% of these vehicles (assuming no vehicle parc growth) are full EV, the additional electricity generation capacity calculated by UPC is 102,000 GWh. An additional 31% of current capacity required from zero carbon sources.

In 2018 there were 27 million homes registered for a TV licence. By 2050 the Government plan is for there to be 36.3 million. All new homes are to have heat pumps (electrically powered) for heating, and it is likely that some older homes will also convert. UPC calculate an additional 24,000 GWh of electricity will be needed, an additional 7% of current capacity.

To achieve 100% zero carbon electricity by 2050 the UK needs to bring on 10,306 GWh of zero carbon capacity per year for thirty one years. That is twice the rate of renewables growth achieved over the last ten years.

Offshore wind turbines are favoured for their efficiency; the new projected demand would require an additional 25,000 more turbines at an estimated cost of £246 billion. That equates to two years total costs of the NHS to the tax-payer, spread over a thirty year period. There would also need to be additional investment in the national grid to allow the new windfarms to distribute energy to cities.

Currently EVs or plug-in hybrids are not zero carbon, but shift the pollution from the tail-pipe to the electrical generation chimney. 2018 UK Government data shows emission of ~300 gm CO2/kWh, which UPC calculates as a real world emission of ~50/60 gm/km for a BEV. This is still less than that of a typical small internal combustion engined car.

The UPC observation to consumers buying BEV or PHEVs for environmental reasons is that zero carbon electricity is needed for the EVs to make sense. Zero carbon electricity will require large investments as the demand rises, primarily from millions of electric vehicles. No generation investment will see EV ‘tail pipe’ emissions rise, as fossil fuels are used to cope with future increasing consumption demand.

UK off shore turbines generate 37% of their maximum capacity, due to wind variability, on-shore only 25%.

UK solar panels only generate 11% of their maximum capacity; the sun is clearly off for ~50% of the day, and each day varies.

Hydro is typically a reliable source of energy generation, assuming consistent rainfall. The UK is working to connect Norway Hydro to the UK via a 750km cable, due on line in 2021.